Spectator and cycling trips to Le Tour – watch the race, ride the famous roads, or do both!

We’ve been organising Tour de France tours for over 20 years.

Book your Tour de France holiday with Bikestyle Tours and enjoy the cycling tour of a lifetime!

About Our Tour de France Tours 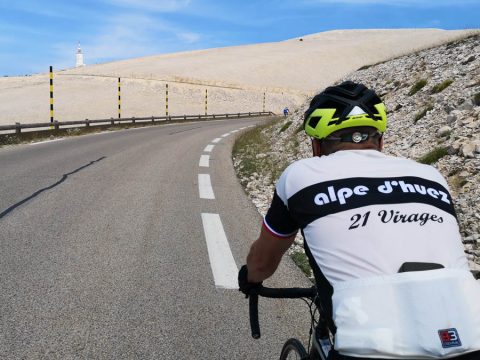 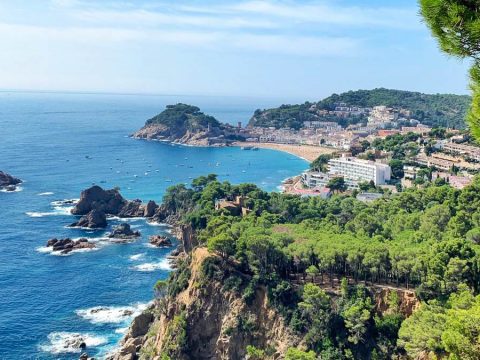 2020 Girona to the Pyrenees

Don't miss out!
Limited Spots
Duration:
9 days
Starts:
20200629
Ends:
20200707
From:
Barcelona (El Prat Airport), Spain
To:
Toulouse (Blagnac Airport), France
Group Size:
12 guests - 4 staff
Suitable For:
Cyclists Only
Recommended For:
Experienced and Intermediate
From the Mediterranean coast we ride toward the Atlantic, crossing into the French Pyrenees, timed to see the Tour de France mountain stages. Our cycling trip through the Pyrenees starts in Girona, the European home of many professional riders and now, a hot spot for cycling tourism.
Details 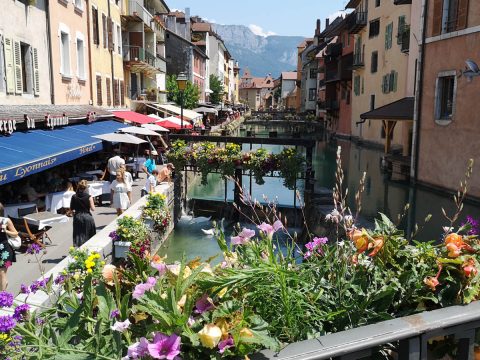 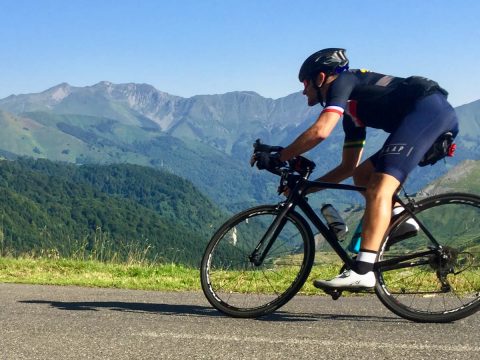 Waiting List
Sold Out
Duration:
9 days
Starts:
20200710
Ends:
20200718
From:
Lyon (Saint Exupery Airport), France
To:
Geneva (Airport), Switzerland
Group Size:
16 guests - 4 staff
Suitable For:
Experienced Cyclists Only
Recommended For:
Experienced Cyclists
Conquer many famous climbs of the French Alps and see big mountain stages of Tour de France. Our focus is to summit of as many climbs as we can, and see the Tour de France on some days. Ride climbs of this years tour route as well as Tour de France stages of previous editions. Our Grandes Alpes bike trip is fully guided and supported on the road when you need it most.
Details 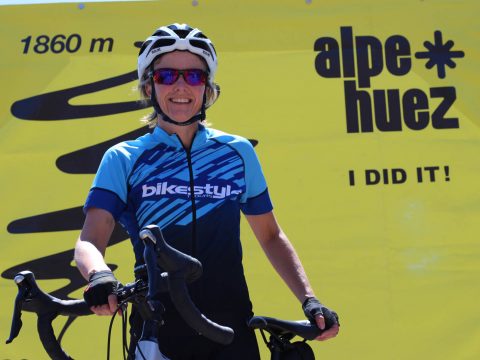 Book Now
Duration:
8 days
Starts:
20200713
Ends:
20200720
From:
Lyon (Saint Exupery Airport), France
To:
Paris (Hotel), France
Group Size:
30 guests - 6 staff
Suitable For:
Cyclists and Non-Cyclists
Recommended For:
Experienced, Intermediate and Social Cyclists
Follow the final stages of the 2020 Tour de France, including the key stages in the Alps and the final Time Trial. Your bike tour finishes in Paris on Champs-Élysées under the Arc de Triomphe. For cyclists and non-cyclists, we start with a visit to Alpe d’Huez; ride the Tour de France’s most famous climb.
Details 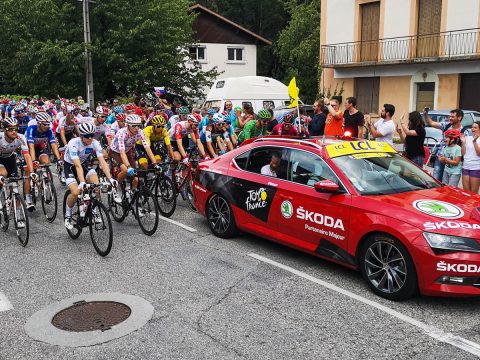 VIP Hospitality
$1100 value
Book Now
Duration:
8 days
Starts:
20200713
Ends:
20200720
From:
Lyon (Saint Exupery Airport), France
To:
Paris (Hotel), France
Group Size:
14 guests - 2 staff
Suitable For:
Spectators Only
Recommended For:
No allowance for bikes
Cure your July insomnia and conquer your burning desire to see the world’s largest annual sporting event, Le Tour de France. The 107th edition is expected to have some of the most unpredictable racing of recent years. See the final week of racing, every stage and be on the Champs-Èlysèes with VIP hospitality cheering the final stage.
Details

On 15 October 2019 race organisers announced the route for the 107th Tour de France. Mountain stages were the target for this edition, but not only in the Alps and the Pyrenees. Riders will traverse the 5 most significant mountain ranges in France next July.

2020 Tour de France will start 1 week earlier than normal, in order to make riders available for the Tokyo Olympics later in the year. This is the perfect opportunity for Le Tour to visit a popular tourist hub on the Mediterranean without the normal holiday crowds.

A lumpy stage 2 will animate the competition for general classification, still with 19 days of racing before Paris!

Riders will depart from Nice and head North into the Alps for their first summit finish. Uniquely, the 2020 Tour de France visits every mountain range in France. It is a hilly profile from beginning to end.

So — In the first week, the race has a stage in the Alps and finishes the week in the Pyrenees. Riders will climb to the highest road in the Gard department in the Cevennes National Park, part of the Central Massif mountain range. Road surfaces are coarse and there are many gorges to navigate, so it will tire the riders' legs before they reach the Pyrenees.

Port de Bales and Col du Peyresourde will return to the Tour de France route in 2020. Our Grand Cycling Tour trip and Girona to the Pyrenees trip will watch the tour in the Pyrenees.

After the first week of racing through 3 mountain ranges the tour will take a much needed rest on the Atlantic coast. While the roads flatten, the wind may also pick up. We saw the possibilities that cross-winds cause in the 2019 Tour of Spain!

So — General classification riders will be alert to conditions and their teams will have to work hard. Sprinters will also demand their teams to help secure a stage win and sprint points on the flatter stages.

But sprint stages are only short lived before riders enter the Central Massif for a second time. This time in the Volcano region of France, Auvergne. The riding in the area is always up and down, an opportunity for a breakaway. For us, some beautiful riding in country France, and spectacular views. A favourite area to ride for our crew! Also near to many famous French cyclists, such as Julian Alaphilippe.

Some of the most unpredictable stages will be in the Auvergne. Our Best of Le Tour and Grand Cycling Tour trips will follow the race through the Volcano region.

On the eve of the final rest day the race returns to the French Alps. A second visit, this time its north. A new summit finish to Grand Colombier, it has been a categorised climb in many tours past, but it makes its debut as a summit finish. It has some steep pinches to reach the summit, so an exciting stage is planned.

Col de la Loze will also debut as a new summit finish. A newly paved 6km section will test the riders well above the 2,000m elevation.

We have 5 trips in the Alps during the final week.

From the Alps, before reaching Paris, the Tour will visit the Jura mountains and the Vosges mountains, thereby traversing the 5 mountain ranges of France.

Our Alpe d'Huez to Paris and Tour de France Spectator trips have the opportunity to see the final time trial before taking the TGV to Paris for the finale. Our Best of Le Tour and Grand Cycling Tour will already be in Paris enjoying a gourmet farewell dinner and a bike ride around the Paris sights.

Work with the Most Experienced Tour Operator at the Grand Tours

2020 will proudly be our 25th year of organising trips to the Grand tours, making us amongst the most experienced tour operators at Le Tour.

If you’ve ever stayed up late watching le Tour de France on TV and swooning over the imagery, we’ll help you make your dream come true by bringing you there live and letting you cycle the famous roads yourself!

See the race at various stages including the start, finish, epic climbs and routes in small French villages. Go beyond the typical tourist areas of France and celebrate Le Tour in a friendly French town.

However you want to experience the Tour de France, we have a trip for you.

Book your 2020 Tour de France trip now and be a part of the largest annual sporting event.

What customers say about their experience with Bikestyle Tours?

Thank you for a memorable TDF. You have unbelievable patience and sense of humour. Thanks to Pat J for all your insight and advice!
"Tony S"GC Classic | TDF
To all the Bikestyle Crew, You make our travel experience, absolutely fantastic. Everything is so well organised it makes our time very relaxing, we enjoy each and everyone of you.
"Janis & Alex"Grand Tour | TDF
It has been an amazing trip! Thew whole team has made it fun, challenging and safe. The accommodation, dinners were magnificent. It is easy to see why people come back for me. I will certainly recommend it to my friends.
"Angel B"CG Classic | TDF
To all of you, thank you for an amazing experience. Thank you for helping me see my husband accomplish his dream. As a non-rider, I was so well taken care of. You have great guides and we could not have asked for more!
"Karri H"Alpe d'Huez to Paris | TDF
This was our first trip with Bikestyle, it was fabulous. All of the staff worked very hard to make the trip enjoyable, they brought the group together very well so we were able to ride together safely. The bikes where in great condition.
"Terry & Norma"Grand Depart | TDF
Dear Team Thank you for giving me the 3rd, 4th, 5th, 6th, 7th, 8th, 9th, 10th, 11th, 12th, 13th, 14th, 15t and 16th best days of my life. It has been a trip of a lifetime and all of the leaders are just perfect.
" T F "Maillot Jaune | TDF

About the Tour de France

The Tour de France is unquestionably the most prestigious cycling event in the world.

21 day-long stages spread over 23 days. All the best riders in the world competing in one race. Millions of cycling fans around the world watching every bend and turn.

In cycling, it simply doesn’t get any bigger than this.

For avid cycling fans, the Tour de France is the pinnacle cycling competition and it must be experienced in person at least once in their lives.